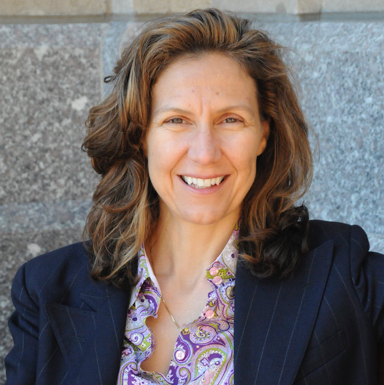 At heart, Jennifer Jordan is a builder. She has helped entrepreneurs, corporations, and investors create value. She has cold called asset managers, launched the first internet coverage to grow a boutique Pacific Northwest investment bank into a mid-size one and subsequent acquisition, managed investor relations to increase shareholder value at a publicly traded Santa Clara software company, and made direct venture capital investments in early-stage high tech companies.

As a VC at MassVentures, she dug deep into Massachusetts’ entrepreneurial ecosystem from Boston and Cambridge to Springfield and Lowell to find differentiated hardware and software solutions that leveraged mining large data sets to bring novel insights to old and new markets. She led the firm’s investments in:

• Ginkgo Bioworks, applying big data and robotics to do synthetic biology at semiconductor scale;
• Spiro.ai, using ML and AI to build a “calm” CRM that lets sales people do what they do best, sell;
• ClearGov, bringing government transparency to every town and municipality in the U.S.;
• MachineMetrics, providing realtime machine health and production insight to the shop floor; and,
• Curoverse, a hybrid cloud architecture to allow federated and distributed analysis of genomic big data for precision medicine.

Jennifer served on the Board of Directors of ClearGov, MachineMetrics, Board on Track, and Spiro.ai. She has been an Observer on the Boards of Jebbit, OwnerIQ, Curoverse (acquired by Veritas Genetics), Ginkgo Bioworks, and Harvest Automation.

She is also on the boards of two terrific non-profits, the MIT Enterprise Forum of Cambridge, which provides programming for entrepreneurs from napkin to seed, and Amazing.Community, which helps women over 45 re-enter, pivot, or remain in the workforce.

Jennifer was a member of the Golden Seeds angel investor network, which invests in early stage companies where female founders hold at least a 10% equity stake.

Jennifer is an active mentor at TechStars Boston, MassChallenge, Springboard, the Harvard iLab, Fintech Sandbox, the Cambridge and Roxbury Innovation Centers, and now the Martin Trust Center for MIT Entrepreneurship.

In 2012, she served as entrepreneurship lead for the MIT Accelerating Information Technology Innovation program sponsored by Google in Cali, Colombia, where she led 30 young entrepreneurs in a six-week lean startup program that formed ten new mobile technology companies.

Her comments on technology and the internet appeared (back in the day) in the Wall Street Journal, Radio Wall Street, and TheStreet.com.

Finally, she is a black belt in the Indonesian martial art of Poekoelan Tjimindie Tulen and holds the title Mas Goeroe. She has been training students from 3 to 73 years old to defend themselves and achieve their potential in the art since 1989. Jennifer earned an MBA from MIT Sloan and a Bachelor of Arts from Reed College.

Some people say she is opinionated. Jennifer would say she is fierce, fair, and straightforward. She acts when she has conviction, and once on board she rolls up her sleeves to dig and build with you.