According to a 2020 study by the Kauffman Foundation and MaC Venture Capital, ethnically diverse founding teams provide higher returns when cash is returned to investors. “Historically, they have earned a 3.26x median realized multiple on IPOs and acquisitions, compared to a 2.50x realized multiple for white founding teams, a 30% increase,” the study states.

Bottom line? When diverse startups have access to cash, they excel. 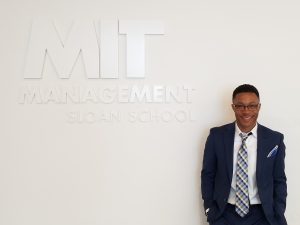 It’s an issue that Kevin D. Johnson, founder of a few tech companies and an executive MBA candidate at MIT’s Sloan School of Management, hopes to address through his new initiative, KINETIC. The goal is for KINETIC to help entrepreneurs of color find avenues for funding.

“One of the benefits to studying at MIT is learning how to analyze and solve a problem using data,” Johnson explains.

To his point, MIT entrepreneurs have a high success rate, and over 30,000 companies founded by MIT alumni are active, employing 4.6 million people and producing annual revenues of $1.9 trillion, or roughly equivalent to the 10th-largest economy in the world.

Johnson, a problem-solver whose entrepreneurial spirit pushes him to always think bigger, pulled his resources and dove head-first into figuring out a better way to connect entrepreneurs of color with funders, ranging from grantors to investors. The solution is KINETIC, an online platform that brings together entrepreneurs, funders, and other related stakeholders to engage with one another. The team is currently building the software application’s first version. The platform is open to all entrepreneurs but most beneficial to entrepreneurs of color.

“Solving this problem is important because it is so widespread and capital often makes the difference between success and failure in business,” Johnson says.

He emphasizes the value of economic strength coming from within our communities, not philanthropy or pacification funds.

“If we focus outward, we will find ourselves having the same conversations about little economic progress when the general excitement around Black, LatinX, and other entrepreneurs of color subsides,” he says. “It’s complicated, and I don’t intend to simplify the matter. I am encouraged by the democratization of investing, the increase in the number of diverse venture funds, and so forth. But if in seven to 10 years—when investment time horizons expire—we see little economic progress and the needle hasn’t moved significantly, we will have missed a great opportunity.”

KINETIC has received immediate support from key businesspersons, with the following distinguished individuals serving as advisory board members:

Aulet says he supports KINETIC for several reasons, one being that he believes entrepreneurship is a catalyst to greater economic justice.

“When we first started talking about KINETIC, Chamillionaire rightly pointed out that providing an entrepreneurship education at MIT wasn’t really helping the bigger problem. That wasn’t where the pain was,” he says. “We need to export our expertise, processes, and platform like a Marshall Plan of the 21st century to communities if we want to make a meaningful dent. We accept this challenge and understand it will come to naught if there is no funding available comparable to other, more advantaged groups that allows this underestimated community to build scalable businesses. That is where the expertise of the Martin Trust Center for MIT Entrepreneurship and KINETIC converge so beautifully.”

REGISTER for KINETIC-CON on April 10th

KINETIC’s upcoming first annual conference, KINETIC-CON, will take place virtually on April 10, 2021, and is themed “Funding Matters.” The free conference has an all-star speaker lineup and is sponsored by Microsoft, the Kauffman Foundation, Experian, Valence, the Martin Trust Center for MIT Entrepreneurship, and the MIT Sandbox Innovation Fund Program. KINETIC-CON aims to facilitate discussions about funding to help entrepreneurs and funders create a better and more efficient entrepreneurial ecosystem, especially one that benefits entrepreneurs of color. 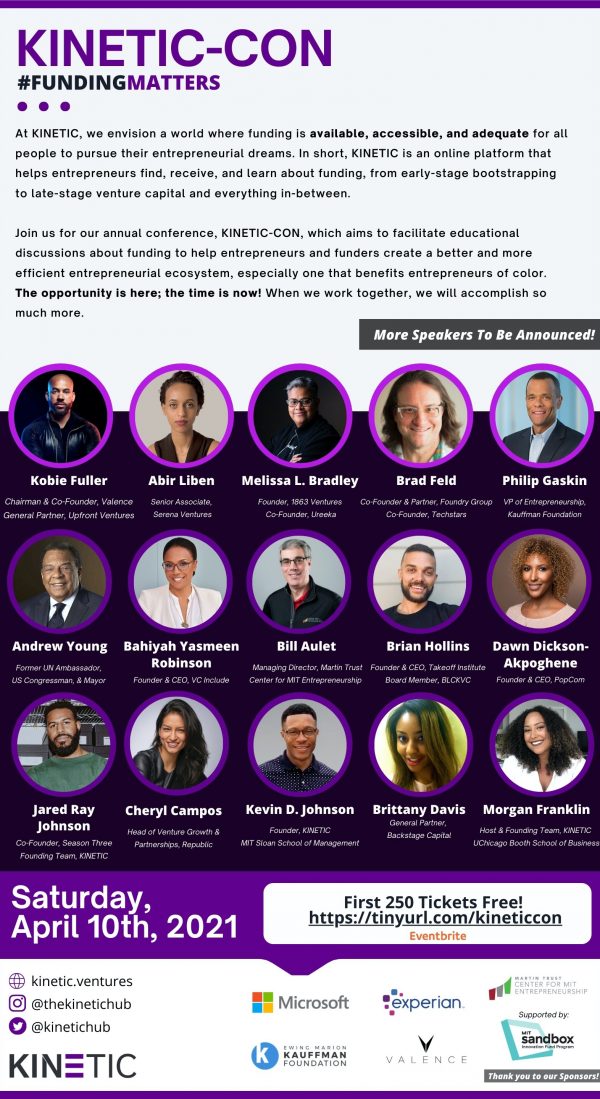 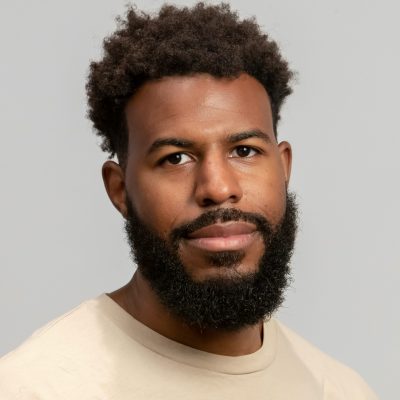 Jared Johnson, who holds an MBA from MIT Sloan School of Management and an MPP from Harvard Kennedy School, is the founder of contemporary apparel brand, Season Three. He recognizes the challenge of obtaining funding first hand.

“Fundraising for Season Three has been difficult primarily because by the time I was ready to go to market, many of the investors who had previously backed direct-to-consumer brands had begun to move away from the space,” he says. “This wasn’t just the VCs, by the way.  It was also a number of more professionalized angel investors. I learned how trend-driven venture investing is, and if you find yourself on the wrong side of the trend, you’re fighting uphill to get people to take you seriously. We’ve been able to find investors to help us continue building, but because we’ve never been able to ‘close’ a round, we’ve had to dedicate a lot of time to fundraising that would be better spent operating and building the business.” 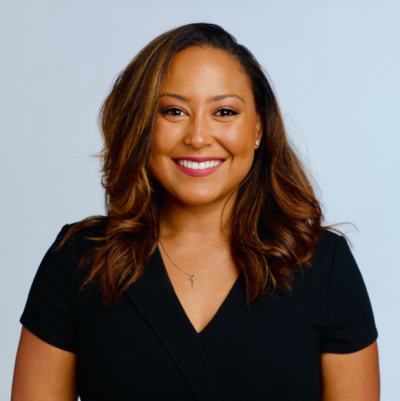 Morgan Franklin, a student at University of Chicago Booth School of Business who oversees marketing for KINETIC, says she was eager to join the organization because she recognizes that there are too many amazing entrepreneurs who have the skills and talents to build a great business but who are hindered by their lack of access to funding and networks.

“Imagine if the $2 billion in funding that went to Quibi went to two thousand entrepreneurs of color at $1 million each? Their businesses alone could’ve changed the world,” she contends. “With KINETIC, they will have a better chance at doing just that.”