In Loving Memory of Marty Trust

On September 12, 2019, Martin Trust passed away peacefully in Boston, Massachusetts. While not a surprise, this was still sad in so many ways, but, as he would wish, there was a positive side to this news. In the big picture, you could not ask for any more from 85 years of life than what Marty Trust got out of it and what he gave back in the process. 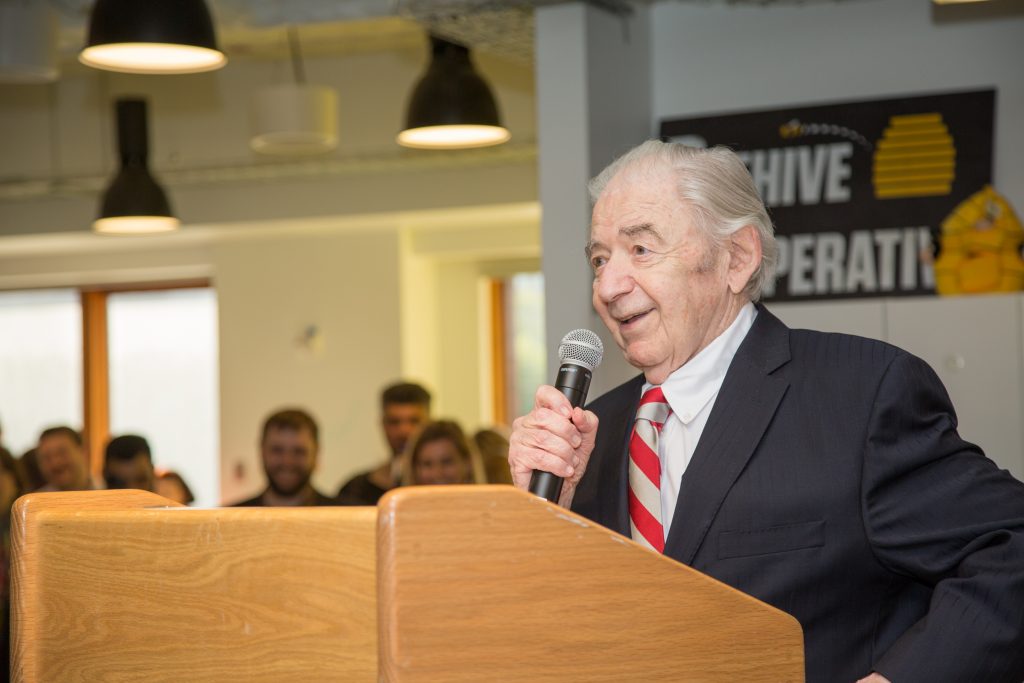 Marty Trust speaks at the Grand Re-Opening of the Martin Trust Center for MIT Entrepreneurship in June 2016.

He was born into very humble beginnings in the New York borough of Brooklyn and earned a spot in the extremely prestigious Cooper Union for the Advancement of Science and Art. The fact that The Cooper Union was free was an extremely important (i.e., essential) element of why Marty could attend. This provided the on-ramp for what would become an extraordinary life of advancement and contribution to society.

After Cooper Union, he was accepted into the MIT Sloan School of Management, but having similar financial constraints, he earned a scholarship for his first year’s tuition. He also worked jobs to pay his expenses; one was becoming a Teaching Assistant where a student in the class was Edward Roberts, who became a friend and later a renowned professor at MIT Sloan and with whom he would have a life long relationship.

Marty graduated in 1958 and launched his business career in the apparel industry. At first he worked for others who valued his understanding of technical issues, but as he learned the business, Marty became a strong generalist with particular expertise in overseas production. Seeing more and more opportunities he eventually launched his own business in 1970 with the humblest of beginnings. This incredible start led to the establishment of what became a global power, Mast Industries.

In 1973, Mast got another break when they received their first order from the Limited Stores, which was led by the visionary and charismatic Les Wexner. Marty and Les hit it off well; this friendship and business partnership would turn out to change the apparel business forever. Les revolutionized the retail experience, but, as astute industry experts would note, his secret weapon was Mast Industries and Marty Trust.

Mast equally if not even more so revolutionized the production of clothing. The new concepts of building a capability in “speed sourcing” and “supply chain” by fostering strategic partnerships in all parts of the world long before “globalization” was initiated proved to be game changers. Now new fashion trends were not only spotted quickly, but could be delivered upon at a speed and price point that were unheard of and at which others could not compete.

In 1978, The Limited Brands officially acquired Mast Industries making the business marriage complete and they have dominated the apparel industry ever since. That is the business side of Marty Trust, but there is so much more.

The thing I remember when meeting Marty for the first time, which might seem strange but is somehow very fitting, was how incredibly soft his hands were. When you met him and shook hands, they were the softest you have ever felt. While shaking your hand, Marty is smiling and looking you in the eyes and saying something in his soft voice that is very kind. He makes you feel great, special, and his equal. He was as welcoming, personal, and authentic as anyone I have ever met, and yet he is a legend for the business he built. You will not get a warmer greeting in your life and yet there was also a sparkle in his eye that was special.

When I meet people who knew Marty and mentioned his name, they would immediately give me the same warm smile that he had when he would greet you the first time. The staff at our center all adored him as you can see from the picture below. 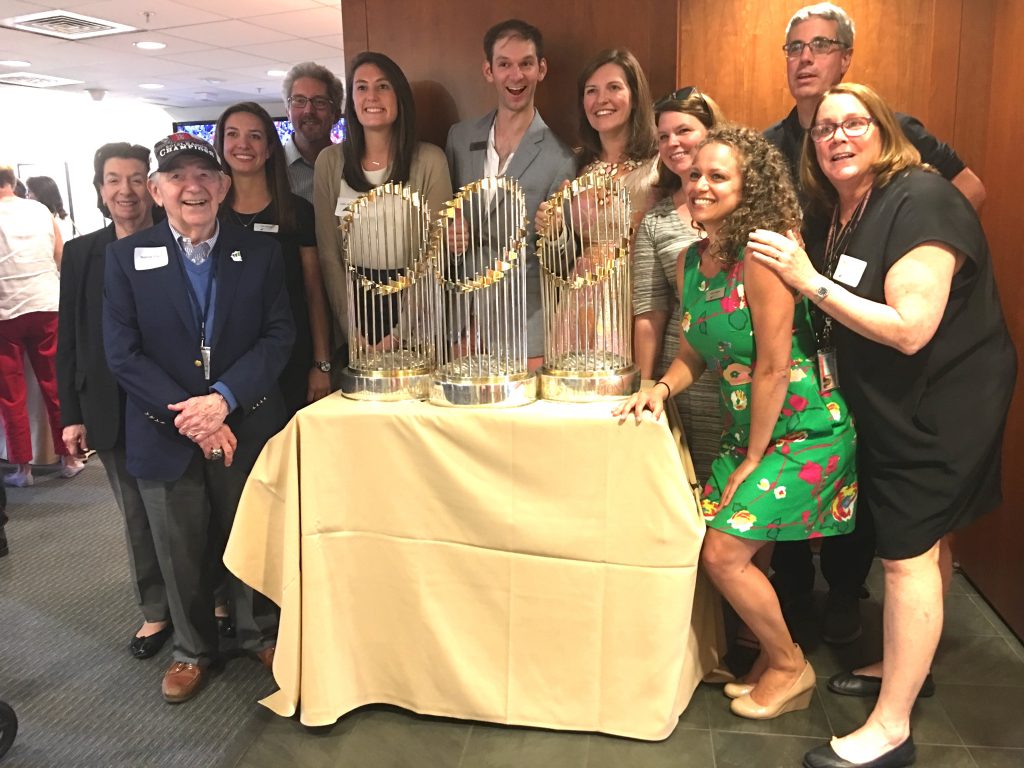 Marty and Dena Trust pose with Trust Center staff and three World Series trophies in the owners’ box at Fenway Park at a game during the 2017 season.

We have such fond memories of his visits to the center when the staff would get so excited to provide him with the latest pins, t-shirts, or coffee cups with the Trust Center logo on it (more on the logo later). Students would swarm around Marty to take selfies with him and he would smile for each one like it was his first time being asked. I remember David Lucchino (nephew of Sox owner Larry Lucchino), who would call him “Marty, Marty, The one man party.” The staff loved that name and it stuck for many years at our center.

I mentioned our logo and this remembrance would not be complete without the story of the development of its design.  Many years later it has not just stood the test of time, but it is recognized around the world. At the time when we created it, this was the first time I got to really work with Marty. Honestly, it was a painful process that took months because Marty insisted we get every detail correct. There were back and forth conference calls week after week when most human beings would have said “enough!” While I was never in business with Marty, this experience with the logo gave me a sense of why he was so successful. His attention to detail (he never forgot a number) and his stamina to keep pushing until it was perfect was beyond extraordinary. It makes sense. If you are going to ship products to millions of people, every detail matters, and he could not only turn that focus on, but he could keep it on for weeks.

As you might have guessed from the picture with the staff above, all our meetings were not only at the Trust Center. Once a year, Marty would invite the staff to the owners’ box at Fenway Park for a game. It was an annual tradition that our overworked people looked forward to the entire year. Often unexpected guests would drop by, like Pedro Martinez on his recognition night and Curt Schilling another year, but the undisputed most fun guest for us was Marty. He was both such a warm host and a mischievous sort that fit in so well with our team and we all loved him. Here he is with his world championship ring in another one of our favorite pictures. 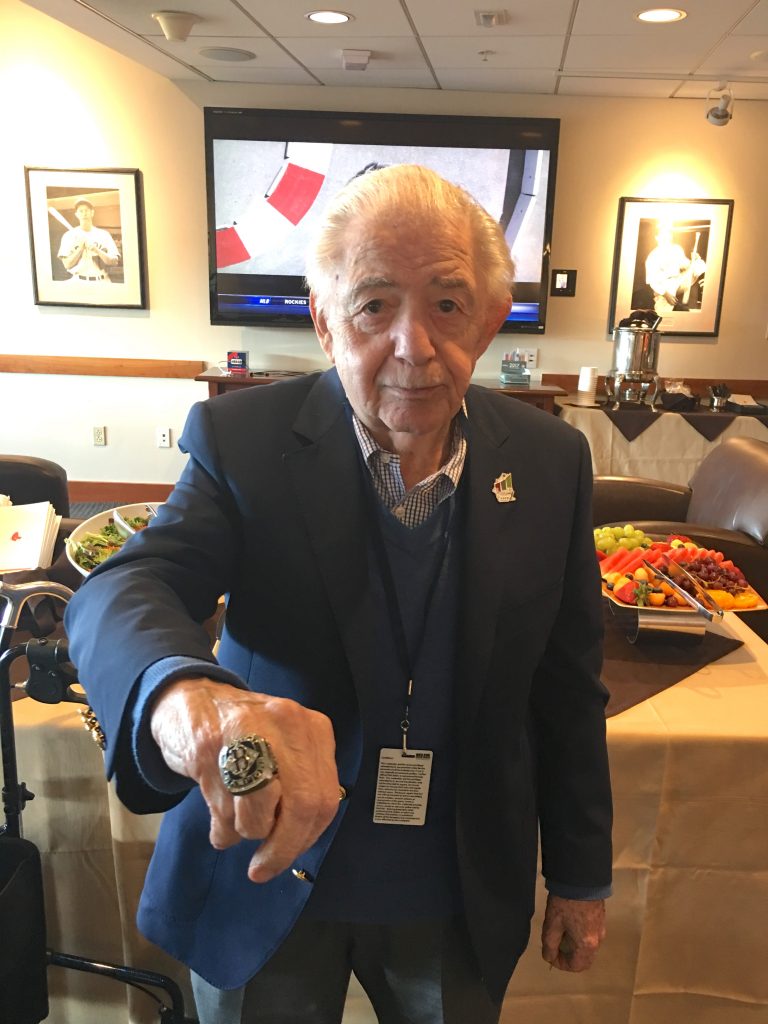 I have already violated the axiom that “less is more” and I best not go on indefinitely about Marty so let me try to wrap up about someone who had so many dimensions that it is impossible to capture in a short tribute.

Marty was both patient and impatient in this process. While he always supported us, he also pushed us to increase our velocity and also our ambition. We would not have been able to get started without his generous gift, and we would not have been able to reach the heights we have today without his continued support. Marty has given us the foundation and initial momentum for the center to carry on his work. We are all so proud that what we do changes the lives of thousands of students every year. This is the part of Marty Trust’s legacy that we have been honored to be part of, but there is still so much more.

Marty has been a steadfast supporter, a mentor, a jokester, and most of all a friend to me personally the past 10 years to an extent that I could never have imagined when I started this job. I will miss him beyond words.

I am sure Marty is most proud that he leaves as a legacy his wonderful family, including his magnificent partner and wife of almost 60 years, Dena. His incredibly dedicated and loving daughter, Laura, and her husband Alan are stewards to carry on the good work Marty started and grow it further. His son, David, and three grandchildren are the additional pride and joys of his life that he so treasured as well.

Marty has always seemed so happy to me, but the last time I was with him in his owners’ box at the Red Sox game with one of his grandsons, he was radiant as he said of the grandson (it could have been any of them), “That boy is going to do great things.”

The same will forever be said about you, Marty, in the past and present tense. You have done great things that will live on and continue to positively affect lives. You did not cheat this world and serve as an inspiration for what we can be when we are at our best. RIP our great, great friend Marty Trust. 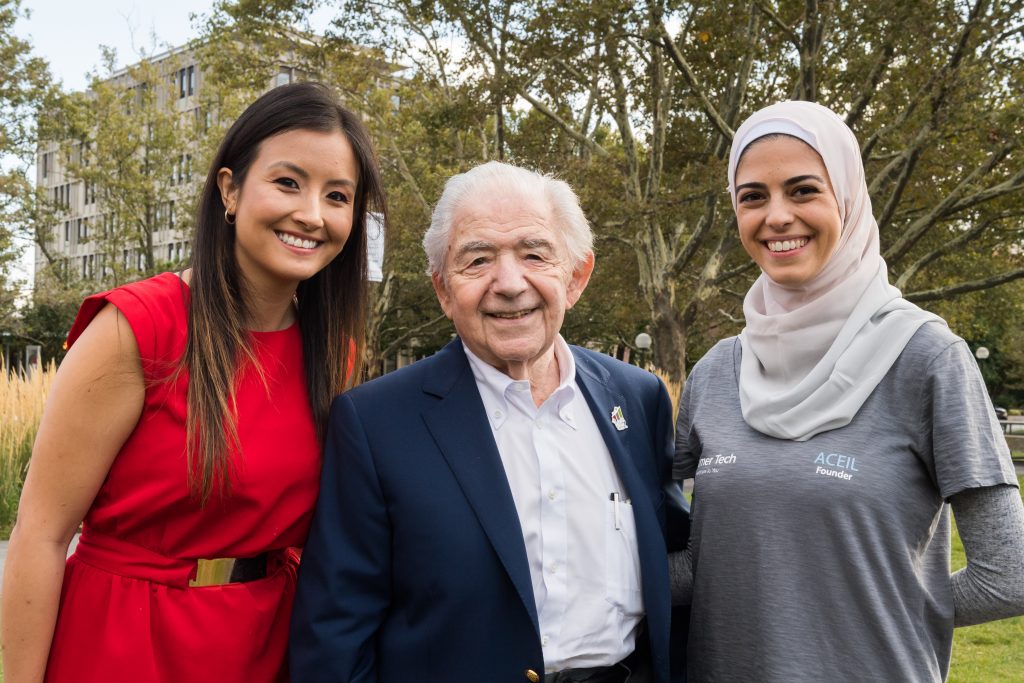