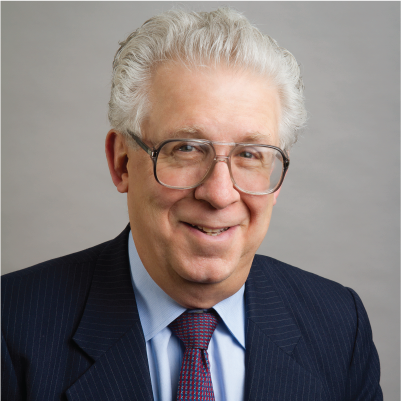 Robert C. Pozen is currently a Senior Lecturer at MIT Sloan School of Management and a Senior Fellow at the Brookings Institution. In 2012, he won acclaim for a popular book showing professionals how to get more done at work, entitled Extreme Productivity: Boost Your Results, Reduce Your Hours.

In 2004, Bob became the executive chairman of MFS Investment Management, which now manages over $400 billion for mutual funds and pension plans.  Between 2004 and 2010, MFS’s assets under management doubled.

During his distinguished career, Bob has been active in business, government and academia. Prior to joining MFS, he was vice chairman of Fidelity Investments and president of Fidelity Management & Research Company. During Bob’s five years as president, Fidelity’s assets increased from $500 billion to $900 billion.

In late 2001 and 2002, Bob served on President Bush’s Commission to Strengthen Social Security, where he developed a progressive plan to make the system solvent. In 2003, Bob served as Secretary of Economic Affairs for Massachusetts Governor Mitt Romney. In 2007, he served as chairman of the SEC’s Committee to Improve Financial Reporting.

Bob is currently an independent director of Medtronic, Nielsen and AMC (a subsidiary of the World Bank). He also serves as chairman of the board of the Tax Policy Center, and on the advisory board of Perella Weinberg Partners.

Bob frequently writes articles for the Financial Times, the New York Times, the Wall Street Journal and the Harvard Business Review. He has published a book on the recent financial crisis, Too Big To Save? How to Fix the US Financial System, and a guide for investors entitled The Fund Industry: How Your Money is Managed.