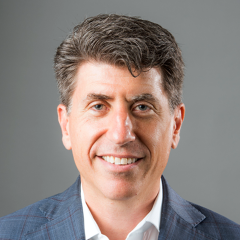 Matthew Rhodes-Kropf is a Visiting Associate Professor in the Finance department at MIT Sloan where he teaches entrepreneurship. Rhodes-Kropf is also a managing partner at Tectonic Ventures as well as a faculty research fellow at the National Bureau of Economic Research.

Previously a faculty member in the Entrepreneurial Management department at Harvard Business School, Rhodes-Kropf has also published many HBS cases. His work has been profiled in the Financial Times, The Economist, the MIT Sloan Management Review, Kauffman publications, Institutional Investor’s Alpha Magazine, PeHub, and many popular blogs. He is regularly quoted in major print media such as The Wall Street Journal, The New York Times, and the Financial Times, and has discussed his work on television, with appearances on CNBC, BBC, and CNN. Matt gives talks throughout the world on the financing of innovation. At Harvard Matt taught the VCPE (venture capital and private equity) course in the MBA elective curriculum and in executive education programs. He also oversees myriad student ventures and has advised literally hundreds of founders. He was also formerly the Daniel W. Stanton Associate Professor of Business at the Columbia University Graduate School of Business, where he taught entrepreneurial finance and received the Dean’s Award for Teaching Excellence.

Rhodes-Kropf is also a managing partner at Tectonic Ventures. Previously he founded RK Ventures, the predecessor to Tectonic, where he managed two successful funds. Matt invested in companies such as Rackspace, Avid Radiopharmaceuticals, Xenex, Kymeta, Humatics, and Axioma among others. Matt was formerly the CFO of Avid Radiopharmaceuticals, where he worked with the founder to launch the firm and the world’s first Alzheimer’s imaging agent. Matt also helped launch a hedge fund as the COO, and has advised many financial firms including Correlation Ventures. Matt is presently a director at Xenex, Avant-garde Health, 55-ip, and at Neighborhood Trust and an advisor to Kymeta and Humatics.

A graduate of Duke University, Rhodes-Kropf holds a BA in computer science and economics and an MA and PhD in economics. Matt is currently on the advisory board for Duke University’s Graduate School.