In 2009, Cheeky Fishing CEO Ted Upton, MBA ’14, was about as far from the water as you can get. Newly graduated from Bowdoin College, he was a project analyst at Boston law firm Mintz Levin.

“I thought I wanted to be a lawyer,” Upton says, laughing.

But he was also an avid fisherman, and he longed to strike out on his own. So he and three partners launched Arlington, Mass.-based Cheeky Fishing in 2010, manufacturing high-performance — yet stylish — fly reels.

But Upton lacked formal business training. So he entered MIT in 2012, fresh off a round of angel funding delivered mainly by a fisherman who believed in his product.

“I had my own mature business and used MIT to strengthen my ability to expand it,” Upton says. “The classes I took were very important to my development, because [Martin Trust Center managing director] Bill Aulet actually allowed me to work on my business as a class project.”

For instance, Upton wanted to move manufacturing out of the United States to cut costs, but there were downsides. It seemed that the fishing community valued products made locally.

He was allowed to use a marketing class to conduct a sweeping business analysis to determine how fishermen felt about manufacturing in the United States versus overseas. Would they truly buy a product made abroad? Although it initially appeared that consumers preferred American-made products, Upton analyzed buying patterns to conclude that price was really the deciding factor in purchases — and manufacturing was second-to-last.

“A stigma with overseas manufacturing is that it’s presumably worse. We worked hard to make sure we did all the designs and QA ourselves, in the U.S., but chose to manufacture [in China] to cut our bottom line,” he says, all thanks to the class.

In the evenings, he attended a seminar nicknamed “Get Stuff Done.” At these sessions, students sharpened their business plans, compared notes, and listened to CEOs brought in by Aulet.

“We’d hear a Fortune 500 CEO speak about their everyday challenges. For the first half of class, we’d go out to dinner; the second half, they’d lecture,” Upton says. “It was one of my most influential classes.”

Upton was able to chat with the CEO of Home Depot CEO and ask how to get his reels onto the shelves of a large retailer.

“He told me that it’s often a one-way street. Home Depot reaches out to the small business, but if you have a great product, you’re persistent, and you reach out regularly, it’s about relationships. I took it seriously. It took me two-and-a-half years of knocking on the door of Bass Pro Shops, but now we’re there,” he says. 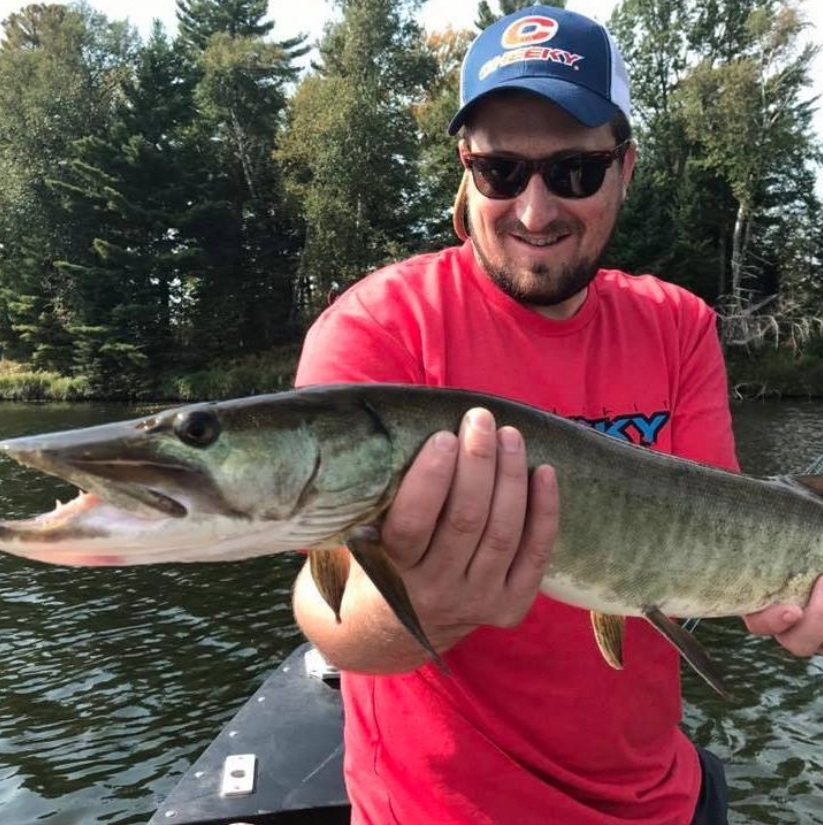 Aulet also served as Upton’s sounding board in private, giving the novice businessman advice on how to structure and negotiate funding.

“The Trust Center played a huge role in my business. This was the hub for all of the challenges I was working on. Unlike some of the other students, I had a mature business, and I think it was exciting for people because it was different. I would often meet with Bill to discuss challenges,” Upton says.

Most of all, the Center served as a home base, Upton says. Since his company was so young, he didn’t have office space. The Trust Center became his de facto headquarters, where he held meetings and made phone calls.

“I was at the Center all the time,” he says. “Not only was it an opportunity to trade war stories and learn from other entrepreneurs in the trenches, but the space itself also provided that opportunity. There’s dedicated work space, coffee, food, and white boards. It was the go-to place to get creative and build your business.”

Today, Cheeky Fishing has four full-time employees. Sales are up 27 percent over last year, and the products — which now include spin reels, gear, and tools — are found at large retailers like L.L. Bean and Walmart. Upton also helms a spin-off business, Wingo Belts, for outdoor accessories.

He credits this trajectory to the Trust Center.

“I was an anthropology and government major. I’d never even taken calculus before coming to Sloan. I got the fundamental tools I needed to operate, and at the Trust Center, I was literally able to use my business and get credit for it,” he says. “This is very unique when you look at programs at other schools. MIT is willing to allow students to focus on real-world problems.”